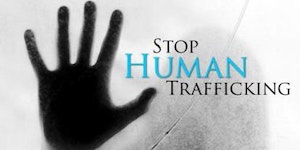 SAN DIEGO — The district attorneys of San Diego and Riverside counties joined a state senator Monday to urge passage of bills to treat human trafficking crimes committed by gang members with the same severity as other gang offenses, and to streamline prosecution of human trafficking.

The measures — both authored by Sen. Marty Block, D-San Diego — are subject to a final vote by the state Legislature this week.

Senate Bill 473 would add human trafficking to the list of 33 crimes that define a criminal street gang under the California Street Terrorism Enforcement and Prevention Act. The anti-gang laws include strict penalties, but the statute has not been updated to include gang involvement in human trafficking, according to Block.

Inclusion would add enhanced penalties, affect probation and parole conditions, augment law enforcement tools and affect the way cases are handled by all stakeholders in the system.

San Diego County District Attorney Bonnie Dumanis said SB 473 “takes direct aim at gang members who would victimize young women in communities across the state of California by adding human trafficking as offenses that can be used to establish a pattern of criminal gang activity.”

“In short, it will help prosecutors build our cases against gang members, who, until now, have been slipping though a loophole in the law,” she said.

Senate Bill 939 would streamline prosecutions and reduce court costs and the trauma experienced by victim witnesses who testify in human trafficking cases that cross multiple jurisdictions. The measure would permit the consolidation of serial human trafficking, pimping and pandering charges into a single trial if all the involved jurisdictions agree.

Current law already allows for the consolidation of other serial sexual offenses occurring in multiple jurisdictions.

“Human trafficking is the fastest-growing crime in California, and SB 939 will be a tremendous asset to prosecutors statewide and make it easier and more efficient to prosecute these types of cases,” said Riverside County District Attorney Paul Zellerbach. “At the same time, the bill will also provide human trafficking victims more protections under the law.”

Block said human trafficking is highly lucrative and stemming the crimes will involve the use of multiple tools on multiple fronts.

“Gangs and other perpetrators are using victims as their ATM machines,” Block said. “In San Diego, the human sex trafficking trade brings in $97 million in revenue, more money than drug trafficking, according to a new Urban Institute study. We need to fight this on all fronts.”